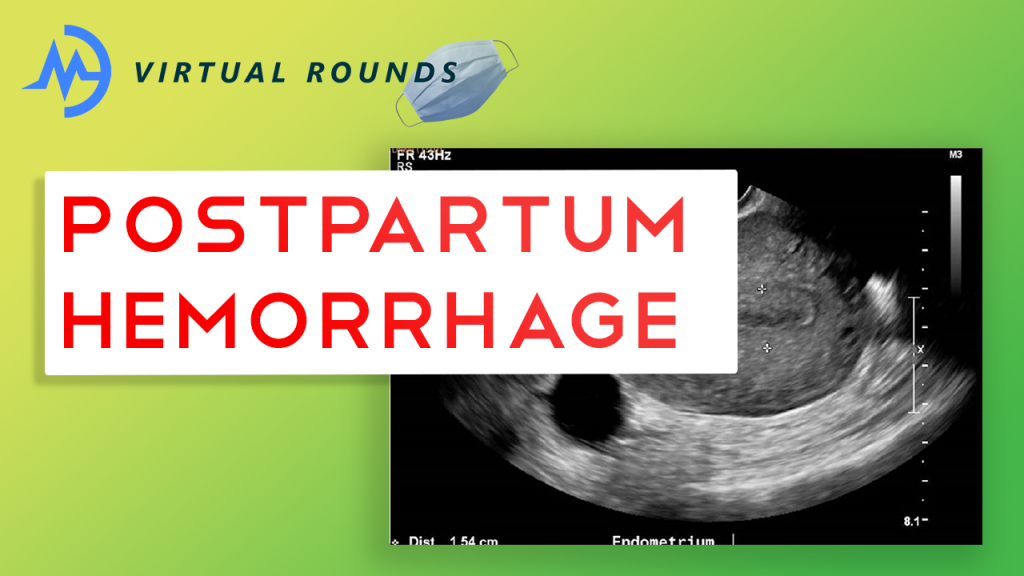 Throughout each premed virtual shadowing session, you will actively participate by answering and asking questions about the week’s proposed case. Like an in-person shadowing experience, we strive to stimulate students intellectually and ultimately reaffirm their interest in medicine.

Postpartum hemorrhage (PPH) is a life-threatening disorder that can lead to shock and death if not treated rapidly. We define PPH as >500mL blood loss in a vaginal delivery or >1000mL in a cesarean section.

A 27 y/o G3P2 F at 39 weeks gestation presents to L&D with new onset contractions. The patient received regular, routine prenatal care throughout her pregnancy. This pregnancy was complicated by polyhydramnios and gestational diabetes, diagnosed in the 25th week and controlled with insulin. The labor was augmented with oxytocin delivery proceeded rapidly which resulted in a healthy 4600g (10lb, 2oz) baby boy. The placenta was delivered in its entirety with normal vascularity. The estimated blood loss was approximately 900mL. Following delivery, the patient appeared lethargic and difficult to arouse and experienced one isolated syncopal episode.

When considering PPH, we want to consider the 4 T’s:

The diagnosis of PPH is often made clinically on examination. As stated before, considerable blood losses (>500mL for vaginal delivery and >1000mL for C-section) prompt us to consider PPH. On examination, the patient may appear lethargic with altered mental status (AMS), hypotension, and tachycardia. The following physical exam findings are indicative of specific causes of PPH:

To assist in the diagnosis of PPH, consider getting the following labs:

Complications of PPH and severe blood loss include:

Treatment of PPH ultimately depends on the underlying cause:

Fill out this form throughout the session: