“‘My pre-med story’ is a new series that lets you get a glimpse into the lives of fellow pre-meds… If you would like to share your own story, email it to: [email protected]”  Enjoy…

As the end of 2016 approaches, I know there are still some medical school applicants, like me, anxiously waiting to hear back from schools. This is my first year applying and the best way I can sum up my experiences so far is by comparing it to traveling abroad. Before you begin on your trip, you’ve meticulously planned out which countries you want to visit, chosen which cities you would like to see and also which sites you just HAVE to experience, calculated the cost of transportation, hotels, food, entertainment, etc., and created a day-to-day itinerary of your entire trip. But once you start traveling, you come to realize that not everything may go according to the plans you’ve set…

Comparing a new chapter in your life to embarking on an adventure may sound like one big cliché metaphor, but this whole process IS one long journey. Every person has a different story on why they decided to go on this “journey” to become a physician. For example, I knew I wanted to become a doctor when I was 16 years old. I had just started my first job as a lifeguard at the YMCA. Most of the time at work, nothing significant happened- until one day, I found an unconscious man in the middle of the YMCA parking lot. My Red Cross training kicked in instinctively and I rushed to help him. For what seemed like an eternity, I performed CPR until the ambulances came. When they finally arrived to take him to the hospital, one EMT looked at me and said, “If you weren’t here, he would’ve been dead.” Those words of finality resonated in me and that moment was when I knew I would do whatever it took to become a doctor.

The following years in high school I knew what I needed to do in order to get into the college of my dreams, and I did it. From then on, I thought I had my life together and everything would just fall into place. What I didn’t know was that I could never have been 100% prepared, especially since I had never embarked on a journey of this magnitude before.

During my sophomore year at Emory University, my grades suffered due to the unexpected deaths of my grandparents. This was a turbulent phase in life because I had never lost anyone so close to me. I didn’t know how to deal with grief so I blamed myself for allowing my grandparents to die. I blamed myself for being an ungrateful granddaughter who was too self-absorbed with her own ambitions to help others. The irony of my thoughts and actions consumed me and I hit an academic slump. After some time, I finally agreed to take a semester off during my junior year to seek counseling.

Looking back, taking a semester off was a blessing in disguise- I learned that I can’t control everything that happens and no matter how much pre-planning I do, life is naturally disordered. But if you have enough willpower to keep going, then the next step is to look for alternative routes. Which is what I did after I graduated from Emory. I completed a Pre-med post bac program, where I met some of the most inspiring and compassionate people. The following summer, I studied for the MCATs with another student I met during my post-bacc program. We couldn’t afford a prep course so we bought MCAT prep books and spend three months in the library together, for eight hours a day. It was a grueling summer of nonstop prepping and countless practice tests. It didn’t end there- then, there was the AMCAS process, followed by the countless secondary applications essays. (Not to mention how broke I was by the end of this process). But I did it. We all did it. And now, we wait.

I look back at all the time and effort I put into my dreams of becoming a physician. I know that my journey is incomplete and there is still a long way to go. But what drives me to keep going is in knowing that I tried and gave a shit…and I still do. My biggest fear was and is still failure. But I’ve come to learn that failure plays a humbling role in our lives. I’ve had a lot of setbacks in my life, but each time I overcome them, I gain a little more insight and self-awareness. It would be easy to breeze by life and get everything you want in an instant. But I believe that fighting to get to where you are makes you learn about ambition, determination, passion, empathy, patience, diligence, intuition, and other attributes that define a great physician.

What I want to ultimately say is that we cannot give up. Sure, medical schools initially filter applicants by grades and MCAT scores but what they also look for is personal growth and strong willpower. Nothing is more powerful, more reputable, than someone who does not stop at the first sign of failure. So, if you get rejected this year and are planning to re-apply, you are definitely more prepared than last time! We made it this far and if we can do it once, we can do it again. There may still be bumps in the road but each escapade is a learning process. And now you also know there is more than one way of getting to your destination. So rather than to “sit back and enjoy the ride,” embrace yourself for one helluva ride. 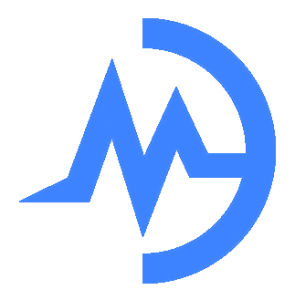